Johnson says many companies are not willing to take the risk to bring in Black talent.

Efforts to improve racial diversity in the commercial real estate industry must be underpinned by ongoing accountability, according to Robert L. Johnson, founder and chairman of The RLJ Companies, LLC, which sponsored the formation of RLJ Lodging Trust (NYSE: RLJ), and the founder of Black Entertainment Television (BET), said.

In a video interview with Nathaalie Carey, Nareit senior vice president for industry affairs and social responsibility, Johnson said one reason companies say they can’t find Black talent at the upper ranks is because they are not willing to take the risk to bring those individuals into the culture.

“Unfortunately, many companies, most of those white companies, don’t allow Blacks in what I call the deal flow, that determines who gets hired, who gets promoted, who gets placed in the top positions that can lead to either the top job as CEO or CFO, or other strategic executive positions,” Johnson said.

“That’s why I think you’ve got to change it by making it accountable. You’ve got to put people on the ‘accountability clock’ if you will,” Johnson said. 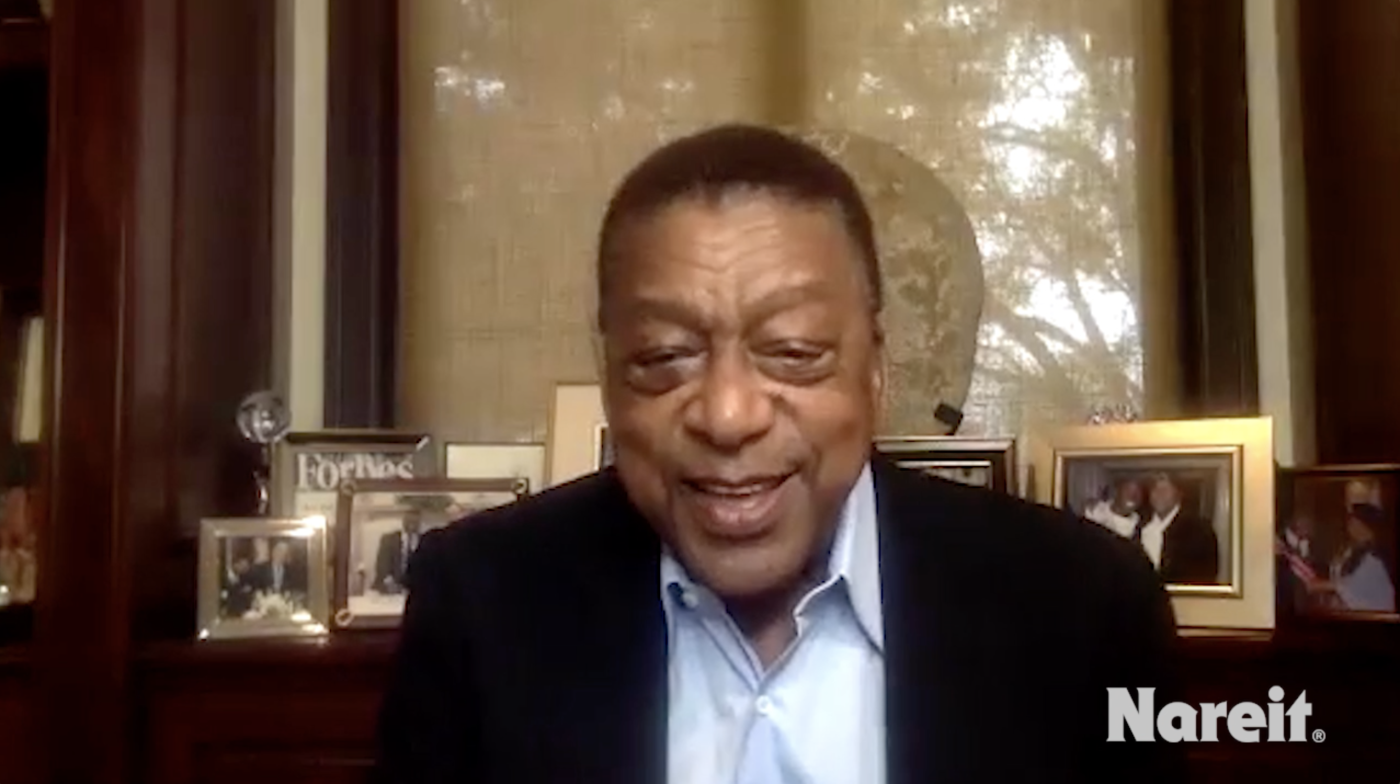 US Realty News is a blog dedicated to the US real estate industry/profession.  We aggregate news and produce original content.  Real estate is a significant sector to the US economy and is a big subject to research.

US Realty News is owned and operated by STL.News, LLC.  STL.News owns STL.News.